When You Don’t Know What to Write About

What do you write your song about? When you don't know what to write about... it's not songwriter's block, here's how to find songwriting inspiration... 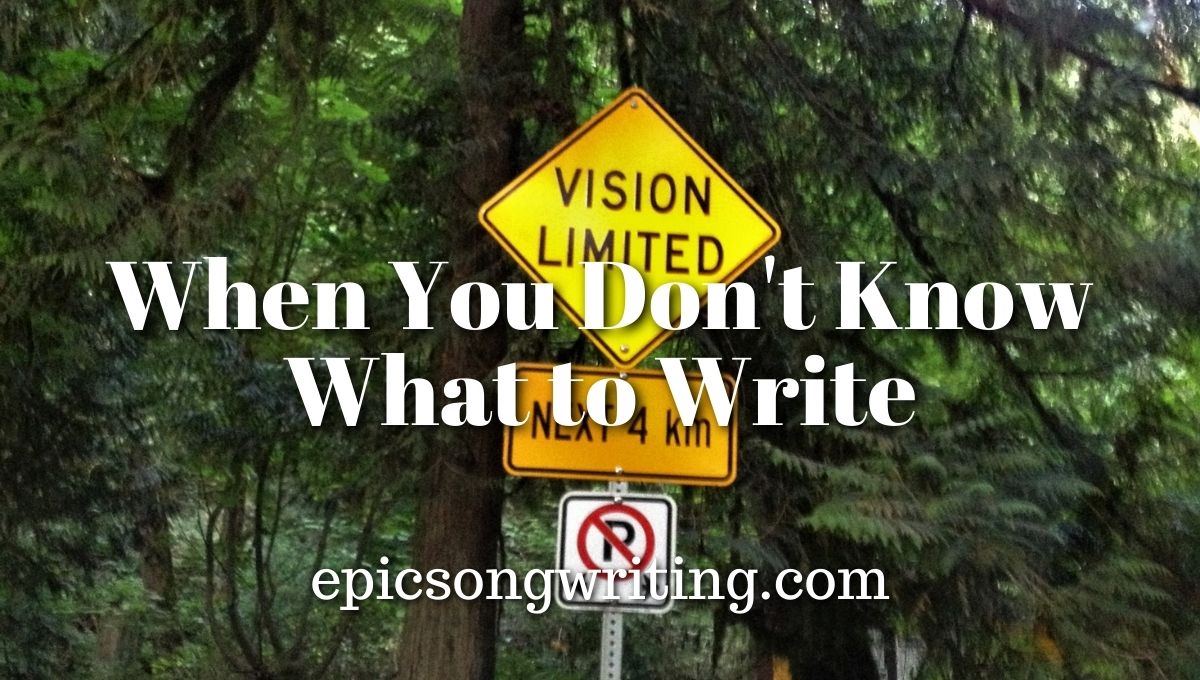 What Should I Write My Song About? When you don’t know what to write about…

You sit down to write but you have nothing. You don’t know what to write about or where to start….

Don’t think that everything you write has to end up in your song. You can write ideas and phrases without forcing them into lines of lyrics yet.

Start with a Title

The easiest way to write lyrics is to start with a title. Focus your efforts and attention on the big idea you want to communicate and the story you want to tell.

Inspiration is all around you… it’s in pieces of conversation you overhear in a coffee shop, headlines in a newspaper or newscast, daily experiences and emotional situations from you present or your past. It’s in a cliché you alter or a turn of phrase that pops out of your mouth by accident. It’s the spark between two ideas that ignites your interest.

Let inspiration come to you… and capture it. I keep lists of song ideas, future titles in the back pages of my notebooks. Whenever I think of one I write it down. If I’m out and about, I’ll make a memo on my phone so I can add it to my list later.

Try brainstorming song titles you could write about. With practice you can learn to fill a page with thirty or more song titles in five minutes. Then you can choose the best idea instead of struggling with the first idea you come up with.

When You Can’t Find a Title

Get out of your music cave and enjoy life. Go do something! Take a walk or exercise.

You can find titles, you just haven’t found one you think is “good enough” to write about. Don’t feel you need to write a great or even a good song… just write and see what you find.

The number one reason people have difficulty writing songs is because they aren’t writing… they’re waiting around for inspiration or pretending they want to be songwriters without making the effort and doing the work.

Do something instead of nothing. Don’t be afraid to write garbage. It’s okay to write something that isn’t great, it’s not a waste of time it’s exploring. You might find something great, it might be boring… the point is you spent time writing!

One game I’ve played is trying to write a bad song… something cringy, just to see how fast I could write…

Regular effort adds up quickly, even if it’s only for a few minutes at a time. Create a regular writing habit. When you work consistently, you can pick up from where you were the previous day and build momentum.

When I first started writing consistently, I went from sometimes finding the flow… to dropping into a flow state almost instantly. I could fill a blank page with ideas in a few minutes.

Once you’ve got a start with a title, it’s time to fill it out.

Most try to start writing lines of lyrics right away… I get it, that’s the “fun” part, but I’ve found that I get further, faster by writing ideas before lyrics.

You can write about the:

A few minutes of exploring one or many of these prompts can save you hours of staring at your guitar hoping for ideas to appear.

You Feel Stuck Because…

There are so many choices and you’re afraid to pick the wrong one!

It’s better to pick something than nothing. Writing a song isn’t a “do and done” process for most songwriters. You get to edit and revise a draft of your lyrics to improve it. Just because you’ve written something down, doesn’t mean it has to stay in the song. You can cut a line or find a better place for it in the song. You can save it for another song.

This article didn’t flow out of my head in a smooth stream from the first to last word. I outlined it, wrote a draft, edited it, put it away for a few days, edited it twice more.

Your goal is to create a song that evokes emotions in others… to communicate your message or story. The goal isn’t to sit down and write the song from the first to last word in sequential order… art isn’t linear like that.

Who Said It Has to Be Easy?

If you think songwriting should be easy, you’ve been reading the wrong blogs. The truth is, it’s easy to start a song but it’s hard to follow through and finish it. That’s normal!

It’s easier to start a song because you can choose anything. Filling out all the details to finish a draft of your song, then going back to edit it and make the song better is more challenging.

Finish Your Song Then Write Another One

One song won’t pave your future with gold and let you retire. Even songwriters who’ve written massive hits, wrote other songs to learn the craft that wrote them the hit.

The song you’re working on right now doesn’t have to be perfect or even good. It’s a step on your songwriting journey. As soon as it’s done, you get to start another one… that will be even better because you will continue to grow as a songwriter and a person.

What do you do when you’re not sure what to write about? 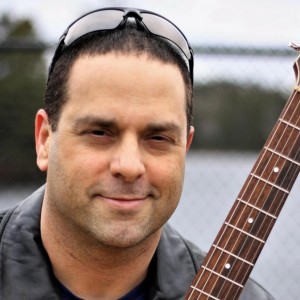 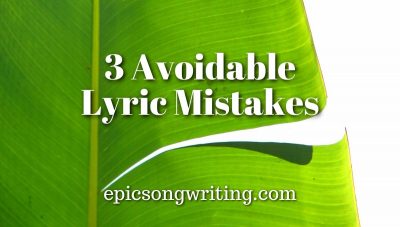 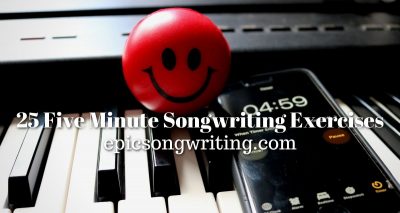 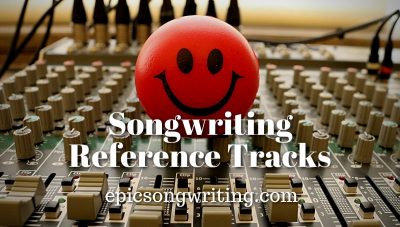 Learning and improving your songwriting by studying the songs you love by using reference tracks… don’t ask the internet, figure out your own answers!

If you can play songs,

you can learn to write songs…

How to Write a Song Chorus: